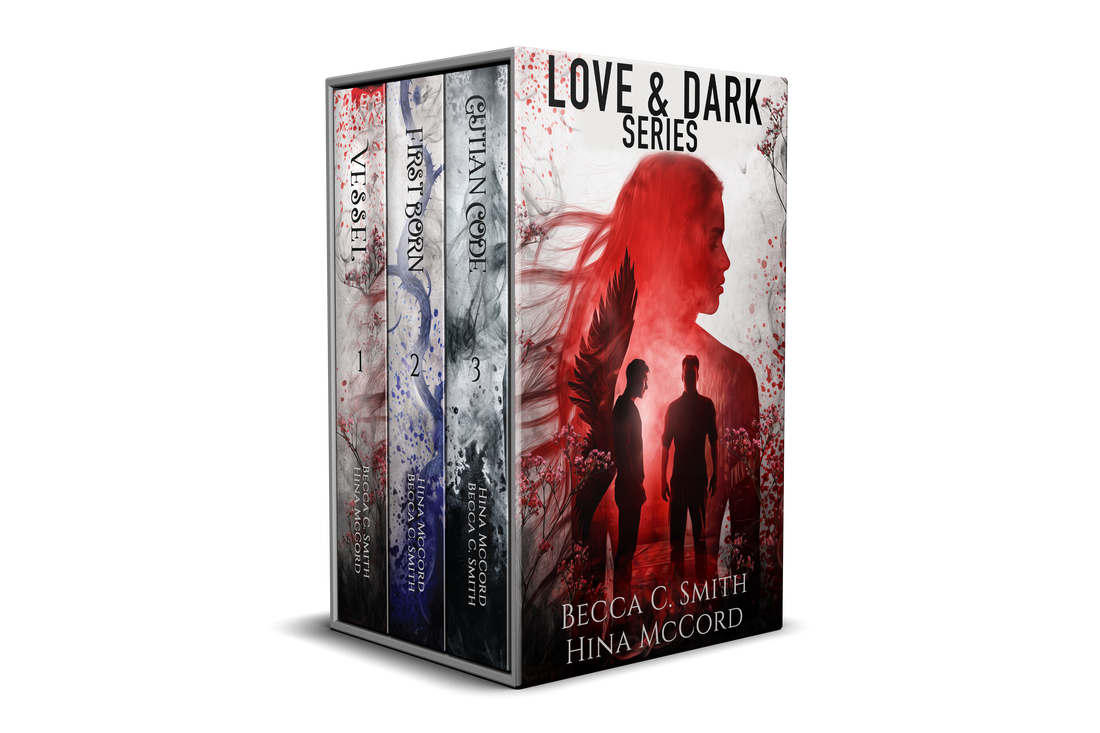 AVAILABLE AT THESE SELECT RETAILERS
CLICK ON THE BUTTONS ABOVE TO BUY!
Love & Dark Series is a three book series written by Hina McCord and Becca C. Smith
Vessel: Shea is starting college with her best friend, Aidan. When she meets Lucian, a vampire, Aidan isn’t jealous; it’s his duty to protect her. Shea is a Vessel. Lucian is sworn to drag the Vessel to his father’s prison, her blood the key to his release. Lucian and Shea can't fight their destiny: they are destined to be together forever.

First Born: Caelius is free, and the world is his. Shea trains with Lucian to master her powers as an elemental so she can beat Caelius and free them all from his twisted desires. But when Aidan warns Lucian that one of his sons has been taken by Caelius, Lucian goes off to confront him alone. Lucian fails and is imprisoned and tortured. His only comfort is the apparition of his childhood love, Nefertiti. Caelius reveals that she is a vampire and his master plan is for them to rule the world together, as his new Adam and Eve.

Gutian Code: The battle is lost. Caelius has won. Lucian has sacrificed himself by giving his body and mind to Caelius to save Shea and the others. As Caelius begins destroying the world, the only obstacle that remains is for him to take Shea’s soul and restore himself to full power. But Shea isn’t giving up. She won’t rest until she has Lucian back by her side and Caelius is destroyed.